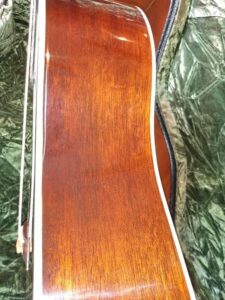 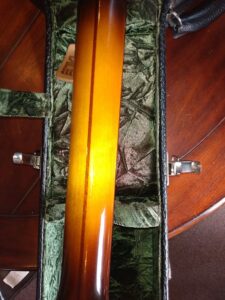 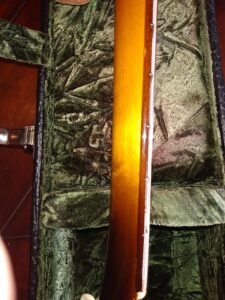 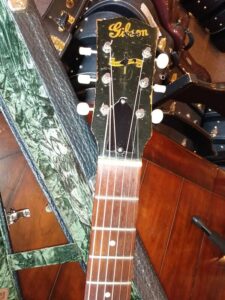 Serial # 2681 1943 Banner J- 45 …No repairs needed …, neck is good and no neck reset needed….Top back and sides Mahogony…..no fretboard wear,  pins tight, Tuners smooth/ clean, …………A BOMB!!!! It has had a pick-up  mounted near the bridge and have been professionally plugged. The guitar is crack free with no repairs on the inside and doesn’t need any. It has just gone thru a professional refinishing and was beautifully done! It is fresh from the shop and dust likes it lol,   dale